In the historic centre of Iphofen, the municipality’s new service centre found a suitable location. Various existing buildings, several structures grouped around an inner courtyard, were demolished altogether. A school built in 1878 and a listed historic building basement were renovated and converted into the municipality’s new service centre, using dry construction techniques in such a way that the premises now accommodate the administration, various shop areas and the public library as well as a tourist information centre. “In this way, the old and new buildings form a building complex whose special atmosphere fits perfectly into the old town of Iphofen,” explains Andreas Gundalach, architect at the consortium Böhm & Kuhn Architekten and Architektur Büro Jäcklein, which was entrusted with the planning.

The connecting building between the old and new wings, converted into a tourist centre, has become one of the visual highlights of the service centre with its glass facade and the rounded shelf walls constructed using dry construction techniques and an acoustically effective baffle ceiling. The ceiling ensures that the noise level in the room is not too high, even when there are large crowds, without impairing the functionality of the concrete core-activated raw ceiling above.

The former school directly next to the connecting building had to be gutted first during its conversion into the new administrative wing of the service centre. Only the exterior walls made of natural stone and the wooden beam ceilings remained. Because the latter may only be loaded to a limited extent, this part of the building could also only be finished using dry construction techniques. Due to the fire protection regulations, the SPOMA Parquet and Finishing installation team brought the wooden beam ceiling up to the F 90 level using drywall construction, in order to then suspend acoustic ceilings with R 8/18 round perforations using nonius hangers – and the lowest possible suspension height.

In the corridors of the old building, the suspended ceiling constructions there connect to the walls with a round upstand and thus form a light cove for indirect lighting. Knauf supplied all the curves as prefabricated mouldings so that they only had to be assembled and later fitted with LED luminaires on support strips. In order to optimise sound insulation in sensitive rooms such as the mayor’s office, fitters upgraded the solid walls there with facing shells with diamond panels or erected walls with two layers of 12.5 mm diamond panels. In the new building, acoustic ceilings with round perforations 8/18 R were also suspended for sound insulation reasons – to bring the new service centre up to a contemporary technical standard regardless of the construction time. 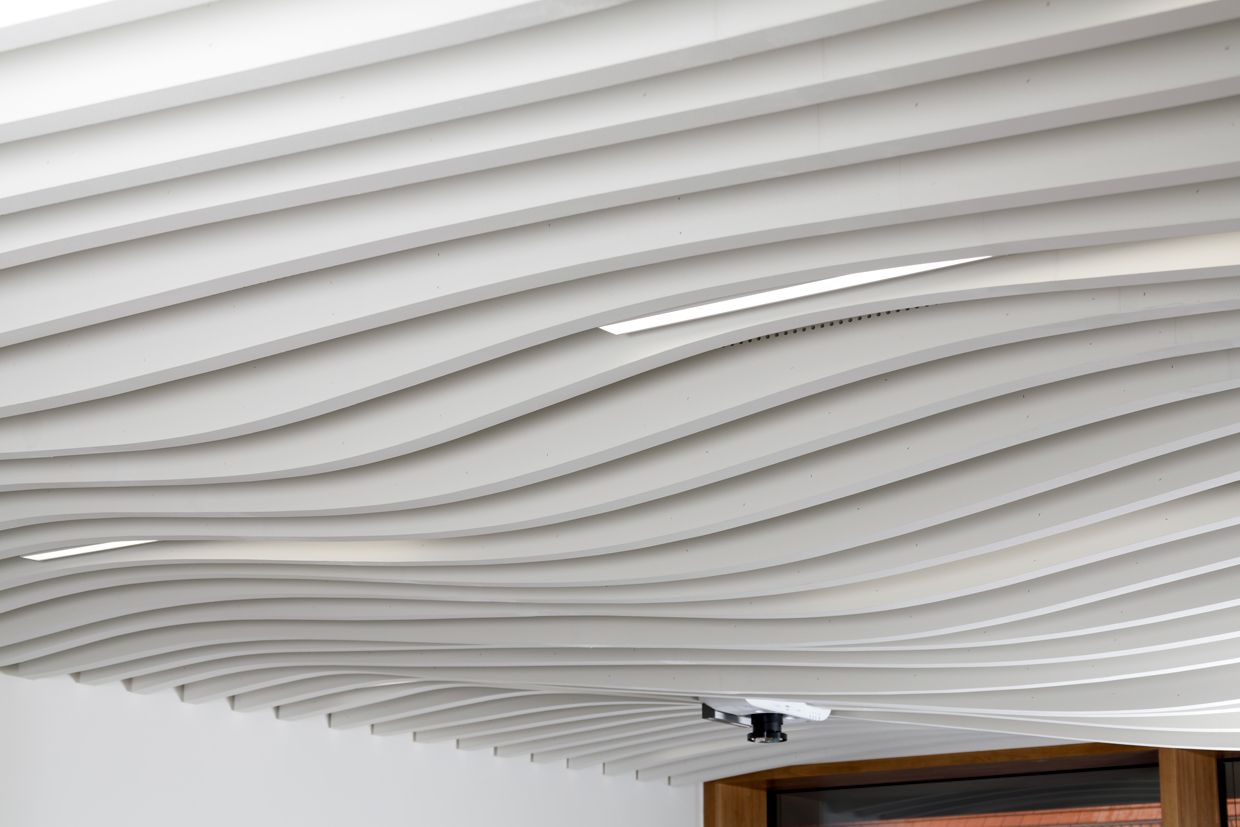 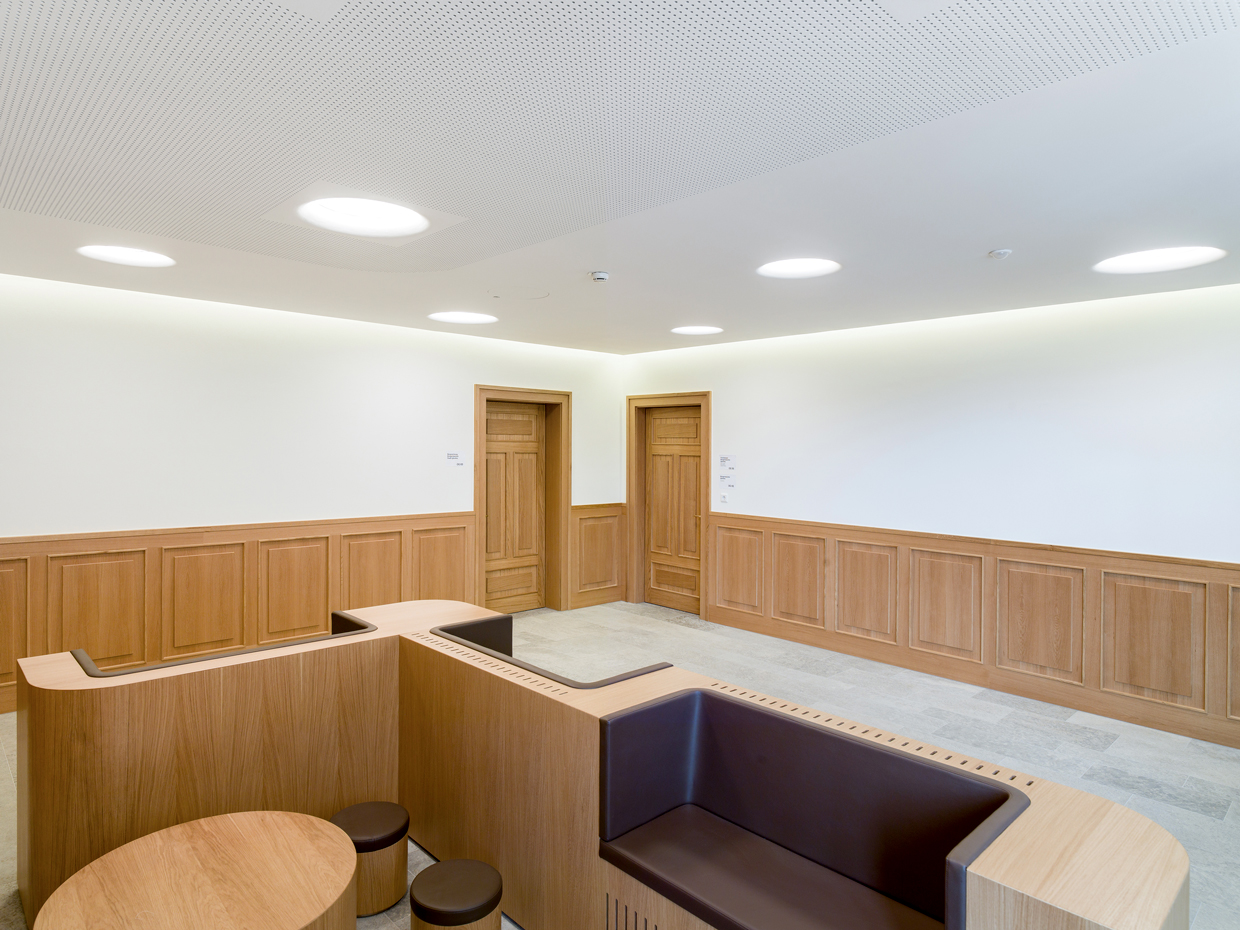 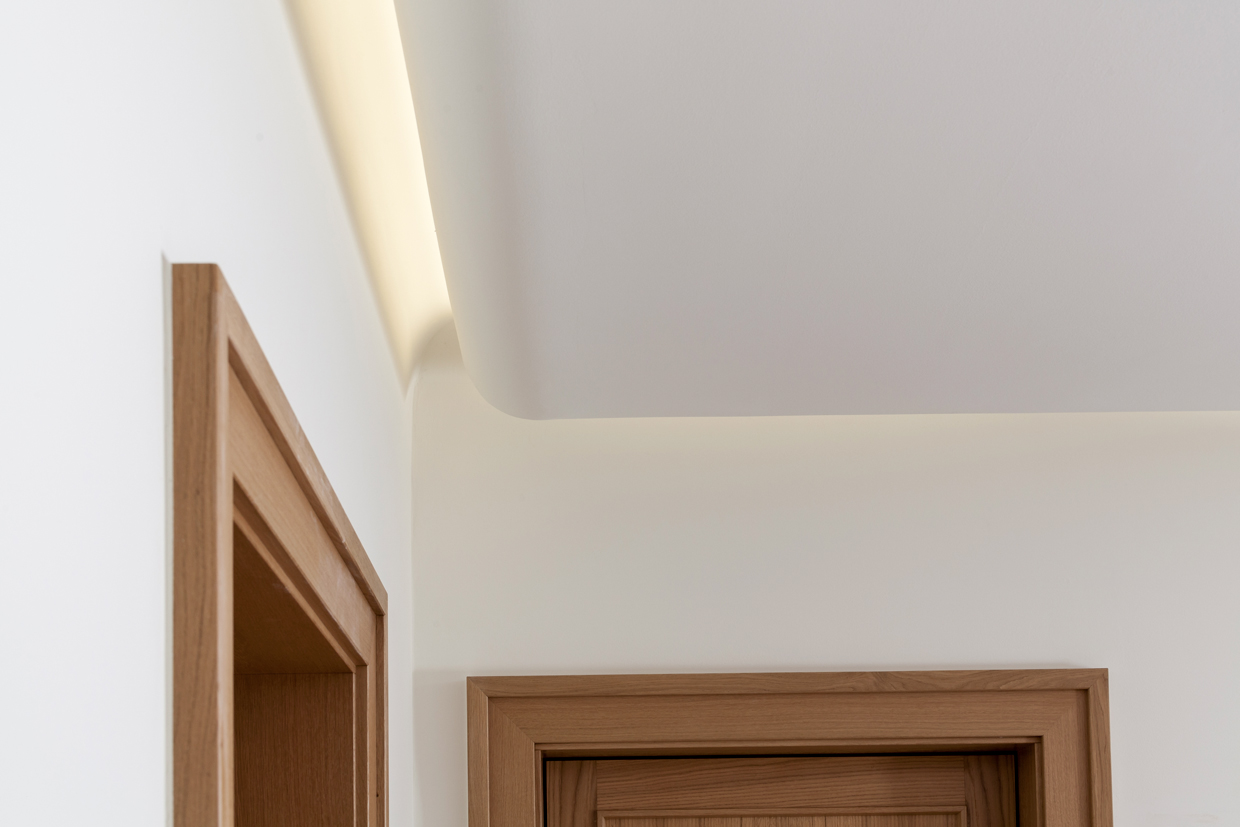